The sword of Peter 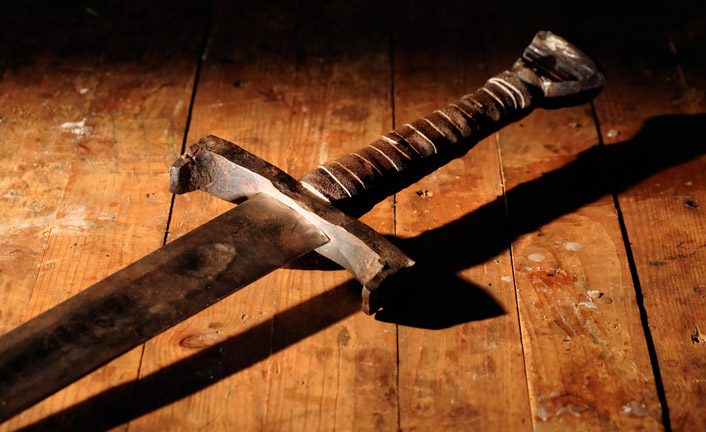 Peter was one of the main disciples of Jesus. He had the faith and courage to abandon his fishing nets and join the school of fishing for souls. I don’t know who or what led him to acquire a sword later and continue onto the school of faith.

I don’t think that, at first, he exchanged the nets for a sword. I do believe that, as the days passed, realizing that the LORD and the other disciples were “unprotected” from evildoers, Peter acceded to the idea of adding to the protection of the LORD a physical weapon of defense.

This is the same situation many find themselves today. They believe in the provision of the Word, but in some way, want to have their trust crutched on something palpable…

It is important to note the fact that the Lord did not disapprove. He did this to teach the other disciples. This weapon split Peter’s faith into two parts: one part of his faith was in Jesus and the other part was on the sword.

Many who put their hand to the plow, have also done the same: they believe their subsistence will come from the Altar, but they also want to guarantee their future with material goods.

Peter’s sword was not a sin, but it became a trap for his faith. He showed the devil that his faith was divided and, consequently, his spiritual weakness. Proof of this is when he advised Jesus not to go up to Jerusalem, when he refused to accept he would deny the Lord, and finally, when he denied knowing Him three times before the rooster’s crow.

Faith is yes, yes; no, no. Either you trust or you do not trust. Peter trusted, yet he still had his doubts… Fortunately, this Peter died and rose again with the resurrection of the Lord, becoming a great apostle. But he didn’t need to carry the memory of that rooster’s crow for the rest of his life.

The story goes that whenever Peter heard a rooster crow, he would run to a corner and cry.