The structure of life 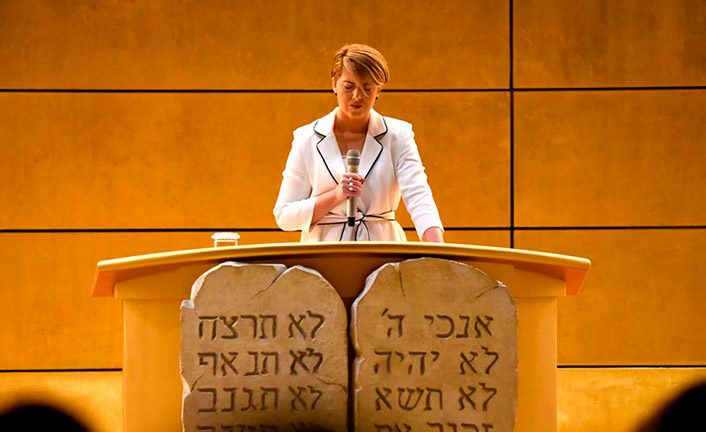 After I got married, I left Brazil and lived abroad for twenty years to serve God, not to make a living. There is a big difference between moving abroad to make a living and moving abroad to win souls. You don’t make plans, you don’t know when you’ll see your family and friends again, and sometimes you suffer prejudice for being an immigrant trying to help the citizens of that country. And while I was abroad, God led me to personal deserts in my marriage, with my son, and in the Work of God.

While some thought I was the lucky daughter of Bishop Macedo, who married a pastor and soon moved abroad, I was actually alone, having to deal with the expectations of everyone around me. The truth is that I was an insecure and immature seventeen-year-old girl.

Sometimes, people thought I was foolish because I never experienced the world, and sometimes, they thought I was spoiled for not having suffered in the world. And this is the look I received every time I opened my mouth to speak about the Word of God to someone who already knew it. Soon, my cheeks would become flushed and this led people to think that I was completely unprepared to be there, in that position.

However, it was in my unpreparedness, in my immaturity, and insecurity that God carefully prepared me to be the Cristiane Cardoso that so many people know today. I’m still a nobody, but when I look back, I see how important my insignificance, both in my own eyes and in the eyes of many, was important for me. The Holy Spirit was able to work in me. I would never have achieved this structure if I started off at the top.

I was disappointed, I was slandered, I was mistreated, I was ignored, I was disrespected, I was mocked, I was isolated, I was persecuted, I was misunderstood, and often within the Church itself, by people I never imagined would hurt me. But God was so wonderful to me that in my loneliness He did enough to sustain me. His Spirit comforted me, consoled me, and gave me the strength to forgive, let it roll off my shoulder and keep looking forward.

This is why I identify so much with this passage:

Even if we don’t have the wisdom and strength people expect from us, when we know the Lord Jesus, we have the structure we need for life.