The characteristics of a sheep 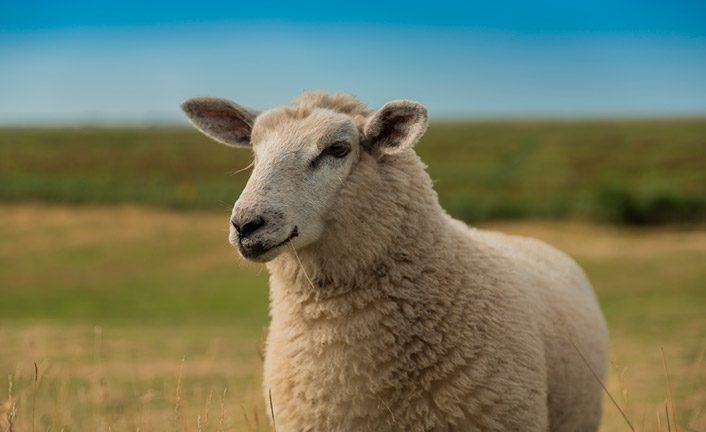 Jesus compared us with sheep. We often read about this, but we never stop to analyze the characteristics of a sheep. I want to talk about something very simple, but essential for our life with God.

The sheep do not belong to the pastors. They have an owner; they are someone’s property, someone who loves them, someone who gives their life for them. As long as pastors think this way, there will always be division in the churches. We belong to Jesus, the Supreme Pastor, the One who gave His life for us, we cannot cross this line.

The second thing is that we need to possess the same characteristics as sheep, not goats, snakes or lions. Sheep look like sheep.

We want to talk about three important characteristics that can change your life and distinguish whether you are a sheep or a goat.

Reminding you that if you do not fit into these characteristics, your situation is not hopeless, because our God created all things, goats and sheep, and He can easily turn goats into sheep.

This is very interesting because we begin to discover that we are entirely dependent on our Pastor, totally dependent on Jesus. When the Bible says that He gave His life for His sheep, it is because, if someone did not do this, all the sheep would be lost, because they can’t defend themselves.

It would be very good if we possessed this characteristic, because we always want to defend ourselves, we always want our own righteousness to prevail; we always think we are right, and we fight for it to the end. This happens to all of us. We often act more like snakes than sheep, if someone stomps on us we want to bite, or sometimes we even do, but the Bible says that He is the one who defends us, who protects us. We can’t lose this characteristic. We are sheep and not snakes. The Bible says that we should cast our anxieties on Him because He cares for us. When we defend ourselves, we are saying to Jesus: I do not need You, Your defense is useless to me, Your decisions regarding my problems are not the best, You do not know what is best for me!

Second – Sheep produce wool all the time. Since birth, sheep produce wool. The more the wool is shaved off, the more it produces. It never stops; it doesn’t need someone to tell it to produce wool because it happens naturally. It does not need new techniques, it simply produces. Its production does not stop for any reason, it does not depend on anything, it is always producing, it always gives fruit. In other words, they understand the principle of giving fruits, winning souls, talking about Jesus, living with Jesus, having an initiative, not standing still, not waiting for things to happen, making things happen.

Your gifts and talents are not for yourself, they are to serve God and others. Whoever thinks he owns his talents is deeply mistaken. Everything that God has given you is to bring forth more lives, it is to build up the body of Christ.

Third – Sheep are picky eaters, they do not eat junk food. Do you know what goats are referred to in rural areas? They are known as the garbage collectors of the wilderness, because they eat everything in front of them. Everything seems to be appetizing to them. They eat cans, plastic, anything. Sheep eat grass, and the grass needs to be fresh, and of good quality. Sheep do not eat garbage, or look for different types of food. Even when they come across something new, they do not try to see what it is, because they don’t know where it came from, or who made it, or if it will be bad for them. Like sheep, God always has something new and fresh for you, but there is only one source, the Word. A wellspring cannot be a source of both dirty and clean water. The Word only produces clean water.

Fourth – My sheep hear My voice, and I know them, and they follow Me. This is the most important characteristic of a sheep: Listening to the Voice of the Lord.

One of my friends was in Africa and he saw a big lake where many animals stopped to drink water. Suddenly a shepherd arrived with about two hundred sheep and they began to drink, and then another shepherd came, and my friend thought, “Oh my God, how are they going to know which are sheep belong to which shepherd?” Then one more shepherd arrived with more sheep. He noticed that the shepherds were talking to each other while the sheep drank. A little while later, each shepherd left, and the sheep listened when their shepherd called them. Each flock followed their shepherd, without getting mixed up.

We need to be known by Him, to be a part of His flock. He knows us, knows all our characteristics, and it is often necessary to take certain actions for our own good.

You must follow, not only listen, but know and follow. A child of God is not confused, he knows and discerns His voice. The Word says that those who are spiritual discern everything well and are not fooled by anyone.

This last characteristic: He knew would be difficult for us, He knew that He would have to make a sacrifice so we can truly understand what He wanted from us. 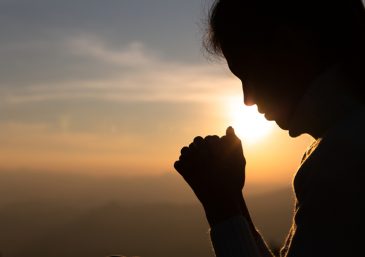 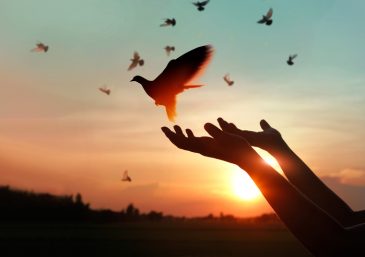 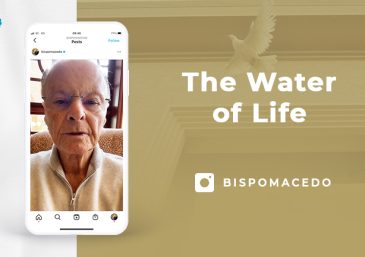 The Water of Life 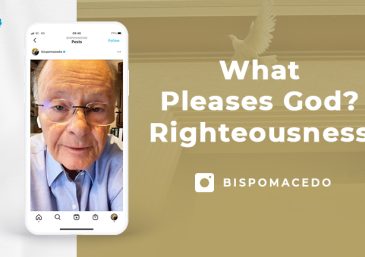