Listen to what the Spirit says to Christians 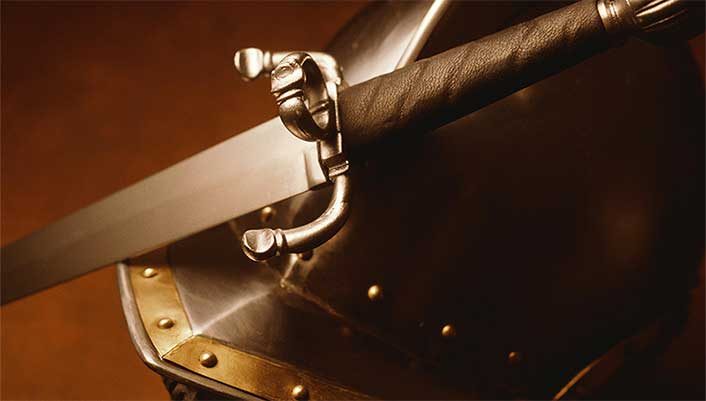 God the Father knew how much His Son needed to put on His Armor in order to complete His mission. And so, He did just that when He was baptized in the Jordan River.

Like God the Father, God the Son knew that His disciples also needed to put on His Armor in order to complete their mission of preaching His Word. And so, He did just that on the Day of Pentecost.

From then on, all true followers of the Lord Jesus clothed themselves with the WHOLEArmor of God in order to overcome the many battles they would face against the forces of hell. They were freed from the dominion of Satan but knew that he would try to use every resource of hell to pull them out of the Kingdom of God and take them back to the kingdom of darkness.

At that time, the disciples did absolutely everything they could to take up the WHOLE Armor of God — the Holy Spirit. Their ultimate goal: to stand firm against all the schemes of the devil.

God is the One who commands: Put on all of My Armor.

Put on means to cover yourself. God the Father wants all of His children to cover themselves with ALL of His Armor. It’s not a suggestion, it’s an order. Put on the WHOLE Armor of God.

Why is it our responsibility to put it on, rather than God’s? The WHOLEArmor belongs to Him, and because of that, only He has the authority to put it on.

All these questions have the same answer. For a disciple to put on and take hold of the WHOLE Armor of God he has to manifest faith. Faith followed by sacrifice. Sacrifice that proves, 100%,  his desire for and willingness to take possession of that promise.

Your sacrifice of faith reveals your desire.

The armor of God will never fall from heaven like rain!

God will never cover a person with the WHOLE Armor of God simply because he says he’s a Christian, because he attends church faithfully, or anything similar!

All of God’s promises are subject to conditions.

Read chapter 28 of Deuteronomy where God insists on the sacrifice of obedience for His blessings to come true.

Meditate on this passage:

The Lord is with you whileyou are with Him. If you all seek Him, He will be found with you. But if you forsake Him, He will forsake you. 2 Chronicles 15:2

There is no other way. No one can apply his own rules to something that the Lord has determined.