It is not good that man should be alone… 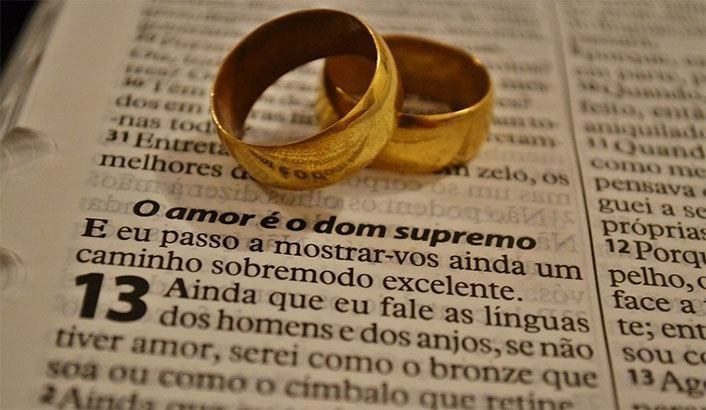 I believe that when the Lord said this He was thinking about what it meant to make another creation to complete the first. Though both were created perfectly, without their partner, they would be incomplete.

Marriage symbolizes the covenant of the Creator and His creation. The man represents the LORD and his wife represents His Church.

For this reason a man shall leave his father and mother and be joined to his wife, and the two shall become one flesh; so then they are no longer two, but one flesh. Mark 10.7-8

By assuming a covenant with God, man and God become one Spirit, just as when a man and a woman join in union, the two become one flesh.

This means that man was made to assume two marriages: the first is of the human spirit with the Spirit of God, resulting in ONE Spirit with Him.

The second is between the soul of a man and woman, which results in them becoming one flesh.

But he who is joined to the Lord is ONE Spirit with Him. 1 Corinthians 6.17

According to the Lord, marriage is the most sacred union on the face of the Earth because it begins the Family, which in turn, represents the Marriage with God, thus beginning the Holy Family of God.

This means: a man’s marriage has to be a reflection of his marriage with God Almighty.

The LORD considers Himself the Husband of His children. This is, a Redeemer, Provider and Protector.

For your Maker is your husband, the Lord of hosts is His name; and your Redeemer is the Holy One of Israel; He is called the God of the whole earth. Isaiah 54.5

Receiving the Holy Spirit is the Seal of a Marriage with God.

But this marriage depends on the total surrender of man.

There is no other way: those who want to marry the Almighty have to divorce the world. Otherwise, nothing can be done.