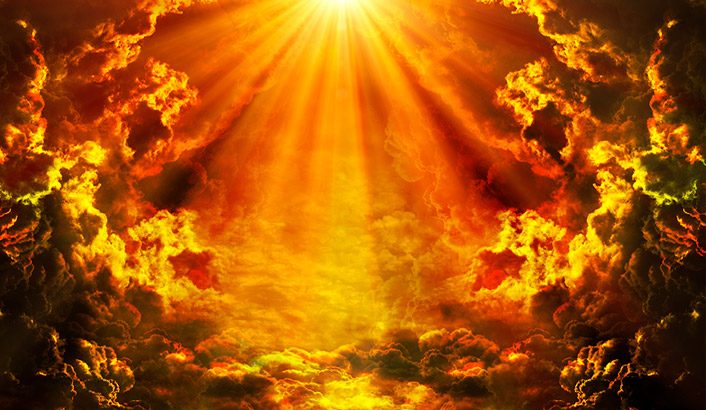 Of course He is! He is undeniably strong! But what evidence do we have that He is strong?

Some may say: He is the Creator! He opened the sea! He brings into existence what does not exist, etc.

That’s right; all these things show that He is powerful. However, being strong is different from being powerful.

It is important to know why He is strong so that we can imitate Him.

God is strong because He sacrificed!

For God so loved the world that He gave His only begotten Son, that whoever believes in Him should not perish but have everlasting life. John 3.16

To achieve the goal of offering Salvation to humanity, God did not use His power.

He used the same path He gave us to reach our goals: give to receive, sow to reap, sacrifice to conquer.

He does this because He is righteous!

God allowed His only Son to remain alone on the cross. He didn’t send a single angel to deliver Him, though, as Jesus said, He could have prayed to His Father and receive the help of more than twelve legions of angels.

Only the strong sacrifice!

Sacrifice demands that we ignore our hearts and do what needs to be done, even though we don’t feel like doing it.

The heart hates to sacrifice! It runs away from the struggles of life and always suggests the easy way out.

This is what separated Abel from Cain; Abraham from Lot; Jacob from Esau; David from Saul etc.

This is what separates the strong from the weak, the saved from the lost.

But the world associates love with receiving.

However, it is useless to say that you love God when you do not forsake your wills to obey Him.