Are you Abraham’s nephew or son? 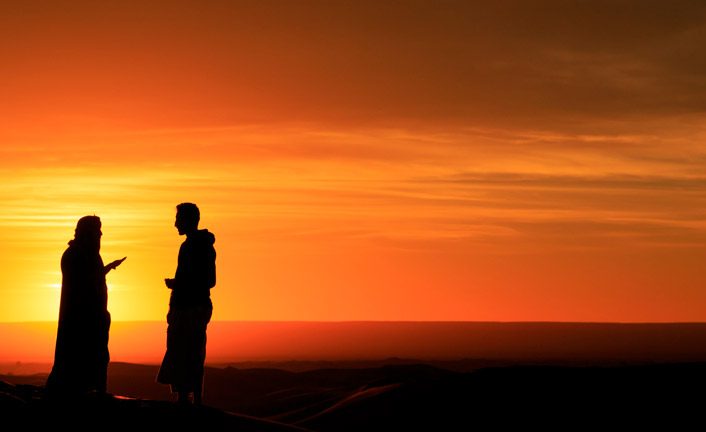 Not only did Abraham leave Haran, but he also completely disconnected from it.

As a result of the quarrels among their shepherds, Lot’s greedy eyes were set on the plains and he was quick to make a decision.

Abraham always trusted his choices and decisions to the Voice of the Most High God.

When Abraham made the mistake of going down to Egypt, he quickly repented and returned to the path that the Lord God assigned him.

Lot resisted leaving Sodom when it was going to be destroyed. This showed his attachment and materialistic spirit, to the point where the angels almost had to drag him out of there by the neck.

From Haran to Moriah, Abraham never had any difficulty sacrificing.

When Lot received the direction from the angels to go to the mountain (ALTAR), he thought this divine advice was wrong and that, in his stubbornness, his “wonderful” idea of ​​going to a small town and living in a cave was better.

Abraham never questioned a direction given by the Voice of God, even if at the moment he did not understand it, he still obeyed.

Lot lost his wife, who was as attached as he was to things and people. Then his daughters got him drunk, had intercourse with him and two enemy nations of the people of Israel were born.

Abraham begot a nation that inherited and continues to inherit all the promises made by God Almighty.

Therefore know that only those who are of faith are sons of Abraham. Galatians 3.7

Examine your actions, reactions, choices, and decisions: Are you Abraham’s nephew or son?

JESUS SAID TO THEM: If you were Abraham’s children, you would do the works of Abraham. John 8.39