My daughter, my son and the “cobra effect” 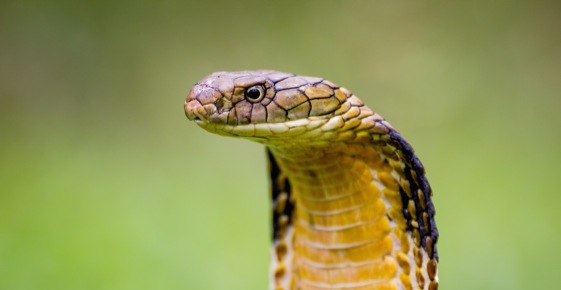 “My dear daughter, study hard, make sure you do well in school, finish college, invest in your professional career, do not do as I did. Be independent and never rely on any men.”

“My son, study hard, be somebody, make lots of money, for without money, you’re nobody in this world; and make sure you date a lot. Do not marry the first woman who comes your way.”

Is it only my impression or are children receiving contradicting advice from their parents?

In general, advice like these are being tirelessly advocated by well-intentioned parents in today’s households. They advise their children to do what they, the parents, believe is the best thing to do. After all, at first sight, what’s wrong with the advice above? They are given with the purpose of sparing the children from going through the same bad experiences the parents had. However, the parents are unaware of the results of such advice in the long run. It is something known in economy and politics as the “cobra effect”.

The term “cobra effect” comes from what happened in India while it was still under British colonial domain. The British government was concerned about the number of venomous snakes in the crowded city of Delhi. It was decided that a bounty would be offered to people who would bring a dead cobra. Initially, the strategy was a success as many people killed the snakes to collect the bounty. Nevertheless, some crooks started to breed cobras for the income. When the government became aware of this, the program was cancelled, causing the cobra breeders to release the now-worthless cobras into the wild. As a result, the cobra population increased much more. In other words, the apparent solution for the problem made the situation even worse.

The same is happening to those who’ve been following the “good” advice from their parents. Daughters have turned into independent, educated women with a promising career — but yet, in many cases, single ladies who are bitterer than their mothers. Sons have become adventurers who’ll do everything for money, and then spend everything with the women around them. Or worse: allowing the women to spendtheir money with them.

When these independent, single women finally come to the age where they start to think about marriage, they are extremely picky and reticent. Not to mention that the available men they find are exactly the children of the bachelors of the previous paragraph — because the wiser men are already married. In short, this advice from the parents, if followed by their children, creates problems that are just as bad, or even worse, than the ones that they’re trying to avoid.

Parents need to understand that a successful marriage is one of the best ways to achieve financial, psychological and educational stability. Should they motivate their children to study? Yes. To be financially independent? Absolutely. However, above everything else, they should tell their children to find their partner for life as soon as possible.

Youngsters should look around them and see that making money and fooling around with different partners is not something that works in practical terms. It is a world that looks very colorful to those who are outside, but extremely sad and lonely for those inside. The personification of this is the life of many celebrities.

It is time to think of a better antidote to this cobra.