Don’t start before completing Challenge #7.
If you want to join the IntelliMen project, start from Challenge #1.

Challenge: Identify something that’s been dominating you, and begin to dominate it.

Explanation: The very first time God spoke to man, one of the instructions he gave Him was “have dominion…” Man was designed by God to have dominion over everything in this world, not to be dominated by it. (Note: “everything” not “everyone.” Man was not given the right to have dominion over people.) God’s idea was simple: man would be His administrator on earth. He would have complete authority to develop and care for life on the earth. And yet, in spite of his dominion over all things, man would have to report to a higher Authority. He would have to acknowledge that he was not God  – that he was God’s creation. Everything else was under man’s authority and was subject to him. (Read about this in Genesis 1:26-31)

But when a man allows something to have dominion over him he stops being a “man.” He becomes an animal or slave to the person or thing that has dominion over him. His identity is lost, as are his divine calling and nature.

Basically, anything that has dominion over you, controls you, or rules over you has transformed you into its slave and diminished your value as a man. Keep in mind that these problems can be very subtle. They might have existed for so long that you’ve become accustomed to them. So don’t be quick to say “Nothing has dominion over me.” Take time to think, put your entire life under a magnifying glass.

When you identify the things that have had dominion over you, write them down in your Notebook. Then, next to each one of them state what you will do to have dominion over them from now on.

Also watch this video “Being a Man” and pay close attention as you watch.

Official Partner:  Speak to your partner about what has been dominating you and what you’re going to do about it. If it’s something you don’t want to reveal, you don’t have to. You’re not obligated to share this. It depends on the level of trust that exists between you and your Partner. Just remember, when you confess something to a trustworthy, capable friend, the fight gets easier. Think about this. If your partner doesn’t feel at ease to share with you, respect him, and don’t take it the wrong way.

Deadline: You can begin to work on this task immediately and should be done before you begin Challenge #9, in a week.

IntelliMen Challenge #8 done:  My experience was… (add your comment)

☐ I read Genesis 1:26-31 and identified the things which were dominating me
☐ I wrote down what I’m going to do about these things in my Notebook
☐ I watched the “Being a Man” video
☐ I spoke to my Partner about the challenge
☐ I posted it on Facebook/Twitter

I do not think much of a man who is not wiser today than he was yesterday. – Abraham Lincoln 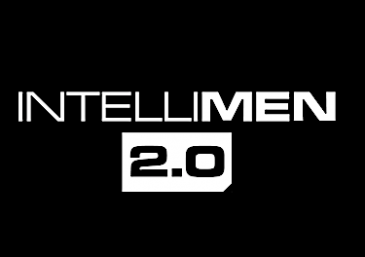