John 4: He mingles with the Gentiles 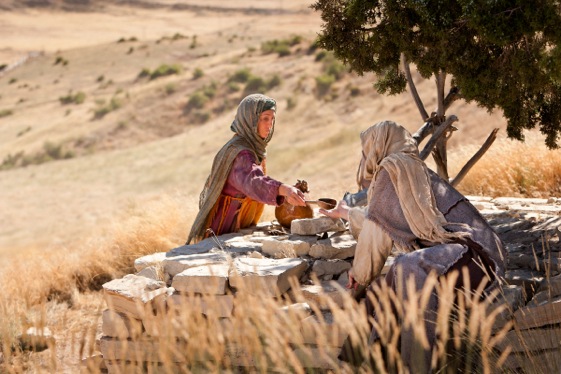 Human-beings specialize in rivalry: Brazilians and Argentinians, the English and French, Americans and Russians, capitalists and socialists. In business, in politics, in culture, in sports, in science, in religion, since Cain and Abel, everywhere you go there’s enmity, competition and prejudice between people.

That’s how it was and still is between Jews and Samaritans. Why didn’t Jews speak to Samaritans? Because they considered them illegitimate Jews.

The Samaritans were a mix between Jews and Gentiles. Fruit of the many years Israel spent under Syrian bondage. After having lead the Israelites into exile, the Syrian king sent all kinds of people to dwell in Samaria. That’s how the Samaritans mixed the Jewish religion with pagan ones. They even built a temple on Mount Gerizim, just to compete with the Temple in Jerusalem. The Samaritans claimed that the rightful place to worship God was there. In the days of Nehemiah, Jerusalem lay in ruins. Nehemiah worked to repair the city as Sanballat apposed vehemently and did everything he could to stop him. Sanballat was Samaritan.

This was the background to the conversation that the Lord Jesus had with the Samaritan woman by the well. She wasn’t supposed to talk to him; because, besides being a Samaritan she was a woman of many men. But He spoke to her still. He broke the rules. In that moment, he ignored the story of that city and looked into the life of a woman with a dubious past.

Jesus knew everything about that woman, including all she had done wrong. Just the same he offered her a new life, a chance to start over, like a cup of cold water – or better, an endless spring – to a desert traveler.

What was the result? Instead of rivalry, there was salvation, for her and many of those in the city which she invited to meet Jesus.

If God is not prejudiced towards us, why would we be towards others?

Have you judged someone without knowing them? Have you held a grudge for something that passed? Have you ever spoken badly about someone because of what another person told you about them?

Are you needing a bit of this Living Water that Jesus offered to the Samaritan woman? It’s available to you right now. It’s called the Holy Spirit. Just ask!

If you knew the gift of God, and who it is who says to you, ‘Give Me a drink,’ you would have asked Him, and He would have given you living water. – John 4:10