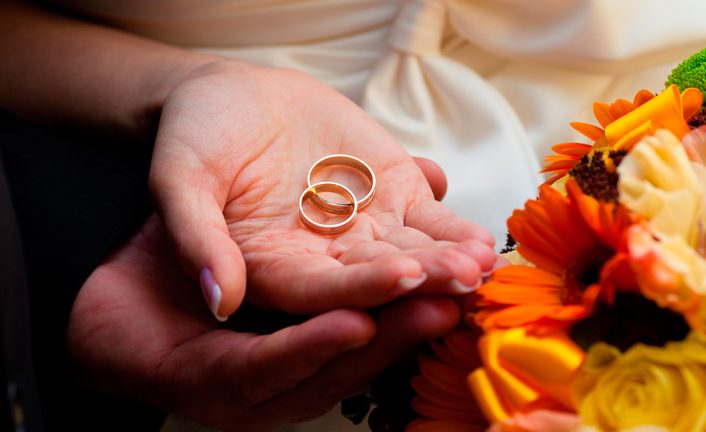 To better understand this subject, let’s take a look at a pair of wedding bands in the hands of a groom who is on the Altar about to get married. What does this symbolize? He is about to sacrifice his life as a bachelor to embark on a new journey of complete surrender because of the love he has for his bride. This love does not only consist of words, but of actions that prove and uphold their mutual love for one another. A journey of faithfulness in good and bad times; the two will come together as one more than ever to overcome the challenges life brings.

The act of marriage requires total surrender from a person. How can a couple live happily and in full communion when one partner is unfaithful? When there isn’t complete sacrifice and total surrender to one another in a marriage, it will not withstand!

The word Covenant appears 328 times in the Bible, and this suggests its exceptional importance in getting deeper into this matter and understanding the conditions for having a Covenant with God.

According to the Bible, a covenant is an agreement or contract between two or more people in which promises and obligations are established between the parties involved. A covenant with God is made following the example of marriage, not as in the present day when many get married and then get divorced, but in an agreement in which loyalty prevails until death. It is a clear demonstration of true Sacrifice.

Just as a couple begins to build a life together from the moment their marriage is sealed, God also wants to find people to enter into a covenant and manifest His existence with Power in this dark and cruel world.

For the eyes of the Lord run to and fro throughout the whole earth, to show Himself strong on behalf of those whose heart is loyal to Him… 2 Chronicles 16.9

God established rules for the construction of His Kingdom, and this requires the cooperation of man. He could not implant His Kingdom here on Earth without the participation of His creation; God is Spirit, and He wants to manifest Himself in our lives to show His Greatness through us!

God does not invade anyone’s life, much less obligates man to live for Him. However, those who turn to the Lord, and surrender themselves to Him as a living Sacrifice, just like the bride surrenders completely to the groom on their wedding day, God, in the person of the Holy Spirit, will fill the person’s innermost being with His Spirit and make it His Abode.