Justice by Faith, not pity 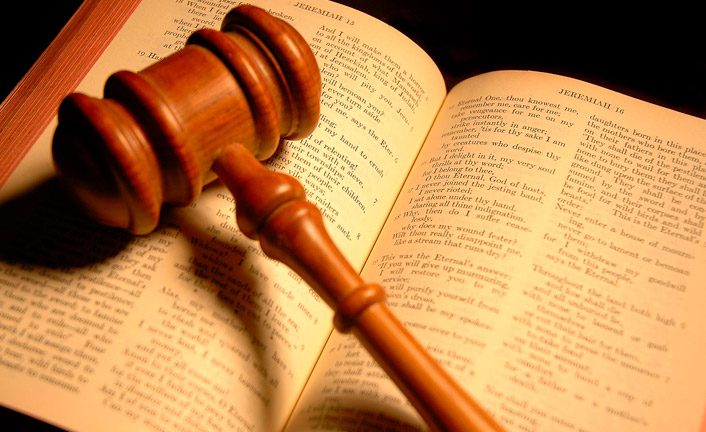 Many people think and say, “If God is just, why doesn’t He help me? Doesn’t He see what I’m going through?”

This is the answer: Of course God knows, sees and hears everything you have been going through, but He does not do justice out of pity or any other feeling, He only does justice when Faith is manifested in Him and His Word!

If God did justice because He felt pity or an emotion, the world would not be the way it is, there would not be so much suffering!

We have the story of Hannah in the Bible. Read the following text:

Now there was a certain man of Ramathaim Zophim, of the mountains of Ephraim, and his name was Elkanah the son of Jeroham, the son of Elihu, the son of Tohu, the son of Zuph, an Ephraimite. And he had two wives: the name of one was Hannah, and the name of the other Peninnah. Peninnah had children, but Hannah had no children. This man went up from his city yearly to worship and sacrifice to the Lord of hosts in Shiloh. Also the two sons of Eli, Hophni and Phinehas, the priests of the Lord, were there. And whenever the time came for Elkanah to make an offering, he would give portions to Peninnah his wife and to all her sons and daughters.

So it was, year by year, when she went up to the house of the Lord, that she provoked her; therefore she wept and did not eat. Then Elkanah her husband said to her, “Hannah, why do you weep? Why do you not eat? And why is your heart grieved? Am I not better to you than ten sons?” 1 Samuel 1.1-8

God knew everything Hannah was going through, the injustice she suffered, so why didn’t He do anything? Why didn’t He do justice by healing Hannah? It’s simple. Because she pitied herself, did not eat, cried, mourned, became a victim, and depended on her husband’s faith. And what did she receive? Just a hug and her husband’s pity.

Until one day, Hannah’s situation changed, and God did justice in her life!

So Hannah arose after they had finished eating and drinking in Shiloh. Now Eli the priest was sitting on the seat by the doorpost of the tabernacle of the Lord. And she was in bitterness of soul, and prayed to the Lord and wept in anguish. Then she made a vow and said, “O Lord of hosts, if You will indeed look on the affliction of Your maidservant and remember me, and not forget Your maidservant, but will give Your maidservant a male child, then I will give him to the Lord all the days of his life, and no razor shall come upon his head.” 1 Samuel 1.9-11

Look at the result of the Faith she manifested:

Then they rose early in the morning and worshiped before the Lord, and returned and came to their house at Ramah. And Elkanah knew Hannah his wife, and the Lord remembered her. So it came to pass in the process of time that Hannah conceived and bore a son, and called his name Samuel, saying, “Because I have asked for him from the Lord.” 1 Samuel 1.19-20

She did what God expected, and continues to expect, to put an end to injustice: she used her Faith!

And what is written in Psalms was fulfilled:

Offer the sacrifices of righteousness, and put your trust in the Lord. Psalm 4.5

Do not try to make people, and much less God, sensitive to your situation of injustice. Use your Faith, and God will do justice in your life!!!